My email tells me that this week’s Post has just been published. I do believe I must have pushed the “publish” key two days early. Uh…whoops. However, this Post is almost ready to go. All I need to do is correct a few typos. This will give you more time to real all of my articles on Saint Nicholas included below. 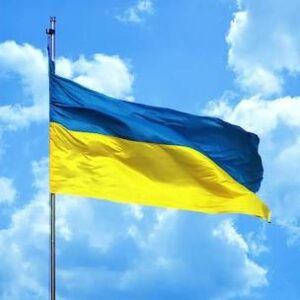 I hope I’m not harping on this subject overmuch. There are other people who also need our help, and I hope you contribute to many charities, as you are able. However, the fact that a great Orthodox country is perpetrating these horrors on their Orthodox brothers and sisters in Ukraine just eats away at me.

You know that the Russian attacks on Ukraine are getting ever more barbaric and brutal. Now they’re trying to terrorize the civilian population into submission by cutting off their lights, heat, food and health care during the winter. I hope you are praying daily for the people of Ukraine.

“Russian shelling has damaged 32,000 civilian targets since the start of the invasion nine months ago, Ukraine’s deputy interior minister Yevhen Yenin has said. “These are primarily private houses or civilian apartment buildings,” Yenin added in a television interview. More than 700 critical infrastructure facilities, including bridges, airfields, oil depots, and electricity substastions have been hit to date, he said. Ukraine’s military targets have comprised 3% of all Russian attacks, he noted.”  The Moscow Times, November 28, 2022

I’m sure you know that the feast of Saint Nicholas the Wonderworker is December 6, next Tuesday – a good day for us to be at Divine Liturgy, as I most definitely will because I love that man. Almost every year I have written a Post or two or three about him.

Looking back at earlier Posts, honestly I can’t think of a thing I haven’t already said about him.

Therefore this year I’m just going to direct you to my previous Posts. Various ones tell the story of the life of Saint Nicholas, of his wonderful works among us from immediately after his physical death and into this present time, of how he got transmogrified into Santa Claus, of how he led me into the Holy Orthodox Church and founded Saint Nicholas Orthodox Church, Cedarburg Wisconsin, USA – and more.

My work this past week has been to restore the images to these Posts, some of which were previously removed (not by me) in a haphazard fashion. A picture really is worth a thousand words, and here you’ll see about 40,000 “words”.

There is some repetition. Some repetition? That’s an understatement. Look: I’m an old grandfather. That’s what old grandfathers do: we keep repeating the same stories over and over. However, you have this advantage: You don’t have to sit here and listen to me. Just turn to another Post or even another Blog. I”ll never know.

Don’t feel obligated to read all these Posts! unless you have the whole weekend to spare. After you read one, if you should want to return to this week’s Post to find others, just push the reverse key on your computer, and presto! here you will be again.

I hope you’re having a blessed Advent season. Please remember to keep the Fast, to pray more, and above all to love and forgive.

with love to all of you εν Χριστώ,

63. The Wonderful Works of Saint Nicholas – Part One

222. My First Trip to Greece – Part Two: How I fell in love with Orthodoxy. Saint Nicholas makes his first move.

224. Saint Nicholas does something completely “off the wall”

Next Week: Saint Ambrose of Milan

Week after next: xxxxxxxxxx