Skip to content
At last! a Holy Week service (and the only one) that is “in sync” with the time of day.

We’re going to cover: 1 The ceremonies, 2 The Scripture readings.

Beginning with last night’s Procession of the Body of Christ and continuing through Pascha, the ceremonies are intended to involve us more fully in these wonderful closing events of Holy Week.

The Cross of Christ 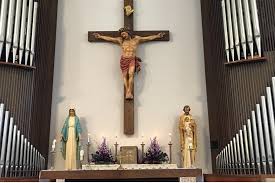 In traditional Western churches a Crucifix or Cross is often placed in a prominent place above the Altar/Holy Table. 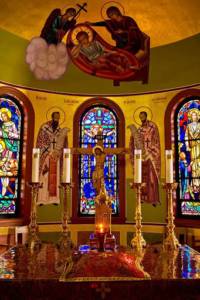 In many Orthodox churches the Crucifix is also placed behind the Altar, but often almost also half hidden in one way or another. In some churches it is even placed somewhere off to the side, seemingly so it will not be the center of attention – so different from Western Christianity. 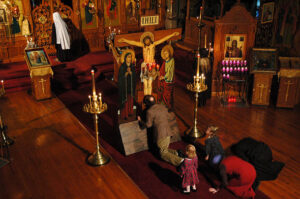 Then, as we saw, during the Twelve Gospels service it is placed directly before the congregation.

Less than 24 hours later, during this Vespers service,  it is returned to its usual place – almost as if this glorious Cross of Christ is too strong, too powerful, too holy, too “heavy” for us to handle full-strength up close – at least not for very long, not yet. The Old Testament Hebrew word for “glory” (kabod) has overtones of “heaviness”. (C.S. wrote about this in his little book The Weight of Glory.) When I first visited an Orthodox church on Holy Friday afternoon, the “glorious heaviness” hanging over the service was something I had never experienced before.

At Holy Friday afternoon Vespers, the story of Christ’s Passion and Death is read yet again at length, drawing from the same Gospel accounts as last night.

The Gospel reading at the end is Matthew 19:38-42. Let me include it here: “Later, Joseph of Arimathea asked Pilate for the body of Jesus. Now Joseph was a disciple of Jesus, but secretly because he feared the Jewish leaders. With Pilate’s permission, he came and took the body away. He was accompanied by Nicodemus, the man who earlier had visited Jesus at night. Nicodemus brought a mixture of myrrh and aloes, about seventy-five pounds. taking Jesus’ body, and the two of them wrapped it, with the spices, in strips of linen. This was in accordance with Jewish burial customs. At the place where Jesus was crucified, there was a garden, and in the garden a new tomb, in which no one had ever been laid. Because it was the Jewish day of Preparation and since the tomb was nearby, they laid Jesus there.”

The “Taking Down” from the Cross

During this reading, the priest removes the Body of Christ from the Cross, wraps it in a clean white cloth and places it on the Altar table. The Cross is returned to its usual place, but till Ascension Day there is only a wreath of flowers on it – for Christ is risen!

“The noble Joseph, having brought down thy most pure Body from the tree, wrapped it in fine linen, embalmed it with ointments, and laid it in his new tomb” – courtesy of Saint Mary’s OCA Cathedral, Minneapolis 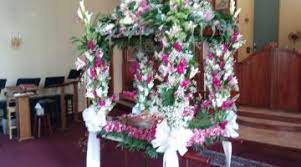 On Holy Friday morning, a Bier (Kabuklion in Greek) was decorated and placed in the midst of the church.

Now in the service, the Epitaphios, (a large cloth showing the Body of Christ being mourned by His Blessed Mother, Saint Joseph of Arimathaea, Nicodemus and the Holy Myrrhbearing Women) is carried from the Altar around the church, then placed on the Bier to await His funeral procession and burial tonight. The Vespers Epistle: I Corinthians 1:2-18

“Jesus Christ is the power of God, the wisdom of God.”

Where is real power to be found? What is true wisdom? Saint Paul wasn’t talking theory here; he was describing what had just happened, was then happening. What Jesus did on Holy Friday looked at the time like the most ridiculous, most unwise thing imaginable, utter failure. The Christ came to save the world and instead He let the world kill Him. Total weakness, absurd foolishness.

And yet Jesus Christ dead, Jesus Christ in His weakness turned out to be stronger than Caesar and his imperial armies, wiser than all the Greek philosophers. Saint Paul could see it already in the First Century, as the Good News was spreading and the infant Church was growing. Three centuries later Caesar and his Empire would be conquered by Jesus Christ and His Church.

And now twenty centuries later we see it far more clearly. Not only are all the great powers of the ancient world gone, but also a multitude of nations and empires since then have risen and fallen and vanished. Yet Jesus Christ has lived on.

Likewise, someday all the great powers of our world will be gone, including our own. As always, the bullies and tyrants and manipulators who throw their weight around, ignoring the least of Christ’s brothers and sisters… they also will fade away and be gone. Yet Jesus Christ lives on.

Over the centuries so many philosophies and ideologies and economic theories and religions have arisen. A few of them with value have had some lasting power, but most have been quickly here and quickly gone. And Jesus Christ and His Church live on.

This crucified Man, this failure, this fool as it seemed, today has over two billion followers. The power of Jesus Christ and His Kingdom have continued on earth, generation after generation. Multitudes, including you and me, still hang on the words and wisdom and power and love of Jesus Christ, and through Him we have learned how to truly live and love and endure in this life on earth. But above all, through His Death and Resurrection, He has given us “a sure and certain hope” in our life to come.

People may explain Jesus as they like. But Saint Paul, writing so soon after Christ’s Resurrection, knew what he was talking about: “God chose the foolish things of this world to put to shame the wise, the weak things of the world to put to shame the mighty”; “God chose lowly things, things which in the eyes of the world are nothing, to bring to nothing the things that are.” 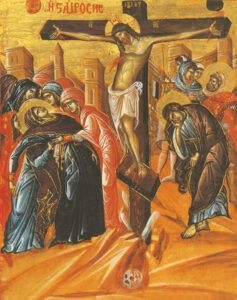 So, as Paul says, “let us glory only in the Cross of Jesus Christ”.