Most people today have forgotten the significance of names.

Most people, even some Orthodox people, give their children names without reference to family tradition or patron saint or anything significant. They might as well assign them numbers. (“Come in, 008, it’s time for dinner!”)

The most popular boys’ name in America lately is “Liam”, an Irish shortening of “William” – well, I do like that! – but why it’s in fashion is a mystery. Sometimes children are named after celebrities: This year the most popular girls’ name is “Sophia” – after Saint Sophia? No. Maybe because of actresses Sophia Loren, Sofia Vergara and Sophia Bush.

Once names described peoples’ true identity, who and what they were. The archangel told Zachariah that his and Elizabeth’s son should be called “John”, an old Hebrew name (“Yohannan”), which means “graced by God”. Joseph was directed to name the Virgin Mary’s Son “Yehshua” *, meaning “God saves”. Christ and His mission were in His Name. 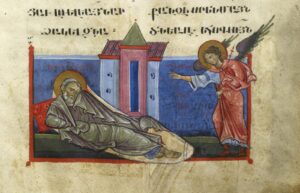 We can see all this “playing out” in the Old Testament: 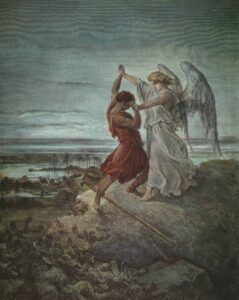 1  “Then Jacob was left alone; and a Man wrestled with him until the breaking of day. Now when He saw that He did not prevail against him, He touched the socket of his hip; and the socket of Jacob’s hip was out of joint as He wrestled with him. And He said, ‘Let Me go, for the day breaks.’ But he said, ‘I will not let You go unless You bless me!’ So He said to him, ‘What is your name?’ He said, ‘Jacob.’ And He said, ‘Your name shall no longer be called Jacob [supplanter], but Israel [fighter of God]; for you have struggled with God and with men, and have prevailed.’ Then Jacob asked, saying, ‘Tell me Your name, I pray.’ And He said, ‘Why is it that you ask about My name?’ And He blessed him there.” Genesis 32:22-32

Jacob was given a significant new name, which has continued to this day. But the Man? [Angel? God?] did not reveal His name, for that would have given Jacob power over Him. 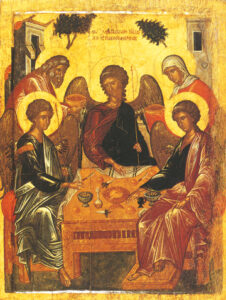 2  “God said: ‘No longer shall your name be called Abram [exalted father], but your name shall be Abraham [father of a multitude]; for I have made you a father of many nations.’ Genesis 17:5  Then He said to Abraham, ‘As for Sarai your wife, you shall not call her name Sarai, [my princess] but Sarah [princess – that is, not only for Abraham] shall be her name.'” Genesis 17:15

The Hospitality of Abraham and Sarah

Icons by permission of Saint Isaac’s Skete at skete.com 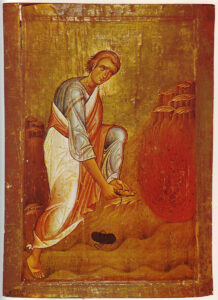 to Moses ‘Thus you shall say to the children of Israel: The Lord God of your fathers, the God of Abraham, the God of Isaac, and the God of Jacob, has sent me to you. This is My name forever, and this is My memorial to all generations.'” Exodus 3:13-1

Moses wanted to know which god this was, since it was not clear. God declared that He is The God who is  beyond all names, all gods. However, He could be identified by what He had done in the past. His “proper name”, “JHWH”, * would later be revealed to Moses, but it was too holy ever to be spoken aloud.

Hebrew has no vowels, so modern Christian scholars have imaginatively translated “JHWH” into English as “Jehovah” and “Yahweh”, but they’re just guessing. Nobody knows.

This is why, in 2005, the Vatican Congregation for Divine Worship and the Sacraments directed that the name “Yahweh” be avoided in worship, in keeping with both Jewish and ancient Christian tradition.

In Old Testament times, how did they speak of God? They substituted other names for “YHWH”: “Elohim” (which is plural, interestingly enough) was the most common.

The Holy Name of God

Christians have never hesitated to speak of God directly, because in Jesus Christ He has been openly revealed. “To see Me is to see the Father.” The New Testament Greek word is “θεός”/”Theos”. Our English word “God” is of pagan origin, from the early German word “ǥuđán”, which referred to various Norse gods. It still can be used that way: We speak of pagan “gods”. But in English when we use it with a capital G, we mean the One God, Creator of Heaven and Earth.

Whether we call the Creator “o θεός” or “Бог” (Russian) or “神” (Japanese) or “Deus” (Latin and Spanish) or “za Boga” (Slovenian) or “اله”, “Allah” (Arabic)) or “God“, then that Word is the Holy Name which we pray must be revered, sacred, set apart from the ordinary, hallowed.

That was then. This is now.

in Old Testament times God’s Name was too holy even to be uttered.

But in our modern era, “Oh My God!” (I’m quoting for illustrative purposes only) is heard all the time. People use OMG for “That was a great movie!”, “Did you see that basket!” “Scary!”, “He was good looking!” or just “Wow!” I even found a set of “OMG

Dolls” – because they’re so cute? And No…putting it in print is not better than saying it aloud, just in case you were about to ask.

I suppose that when people write “omg” it’s not impossible that they’re referring to Zeus or Thor. But somehow I doubt that.

So, brothers and sisters, if any of you are in the OMG habit, while daily you pray “HALLOWED be Thy Name”… I have a few questions for you:

Are you not functioning on all your cylinders? or whatever we have now in electric cars? Do you not notice a slight, um…, “discrepancy” here? Are you not aware of how cheapening God’s Holy Name undermines your precious relationship with Him? No, it’s worse than that: it is like playing with fire or with live electricity.

As far as I’m concerned, you may use as many tasteless words as you want (except with your grandmother around, of course) – though really, I 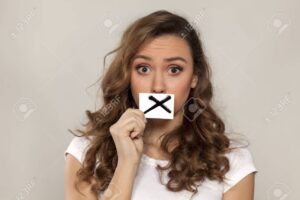 think you should be embarrassed by your lack of vocabulary.

But, for heaven’s sake, literally for Heaven’s sake, do not use God’s Holy Name like that! If you cannot “hallow God’s Name”, then please, for the sake of your immortal soul, just keep your mouth shut and your fingers off the keyboard!

Thy Kingdom come. Thy will be done on earth as it is in Heaven.

The New Testament and the Church are filled with examples of “now, but not yet”. For example, Christ has saved us now through His Death and Resurrection – but we are not yet fully saved. We are truly united with Him now through Holy Baptism, but not yet, not entirely, which is why we keep receiving Him in Holy Communion again and again. Man and woman are truly united in the Sacrament of Holy Matrimony, but not yet. Then they need to spend the rest of their lives becoming fully united – which process, if I understand the Orthodox view correctly, continues on the other side of death till we finally get it right. 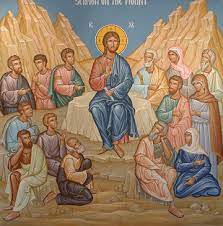 So it is with God’s Kingdom. Jesus began His ministry with the words “Repent, for the Kingdom of Heaven is at hand”. Matthew 3:2, Mark 1:15  God’s Kingdom was there, right before them. It had come. They could touch it, for they could touch Him, and where the King is, there is His Kingdom.

In His death and resurrection, Christ cast out Satan, the “Prince of this world” John 12:31, but still His Kingdom has not come, not fully.

And so still we pray “Thy Kingdom come”.

Let’s turn now to the words of Father Lawrence Farley *, who says it so well:

“But a more powerful manifestation of the Kingdom would come at length, as the kingdoms of this world became the Kingdom of the Lord God and of His Christ (Revelation 11:15), and it was this Kingdom for which the Lord taught His disciples to pray.

“Currently, in this age, God’s will is not done.  Rather it is the will of the rich and powerful that is carried out, the will of tyrants, liars, the elite, the 1%.  One may imagine that where democracy is the prevailing form of government, the will of the people carries the day.  This is not entirely true, since behind every democracy of any size stands a hidden plutocracy.  In this age, people starve and children cry and the rich grind the faces of the poor and go to their soft beds and sleep well afterward.  Wars ravage the countryside and unjust death goes unavenged.  When the violence takes place between nations, we call it war; when it takes 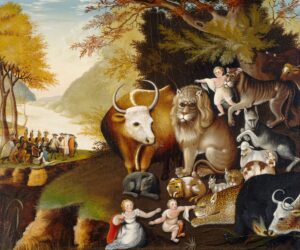 place within a nation, we call it crime, but the reality is the same.  God does not will such violence and injustice.  In this age, God’s will is not done.

“But a day will come when His will shall finally be done on earth as it is done in heaven, and the Kingdom of God shall replace the kingdoms of men.  Then the wolf will lie down with the lamb and the weaned child shall play over the adder’s den and they will not hurt or destroy in all God’s holy mountain, for the earth shall be filled with the knowledge of the Lord as the waters cover the sea.”   Isaiah 11:8, Habakkuk 2:14

“It is this Kingdom for which we pray every day. “

Till that Day, should we just sit back and wait? No! All through the Holy Scriptures and the Church Fathers, we are commanded to do our best to help bring Christ’s Presence and His love into this world, so that His coming Kingdom is always “now”, even if “not yet”. How do we do it?

“Give justice to the weak and the fatherless; maintain the right of the afflicted and the destitute.” Psalm 82:3

“Learn to do good; seek justice, correct oppression; bring justice to the fatherless, and please the widow’s cause.” Isaiah 1:17.

“He has told you, O man, what is good; and what does the Lord require of you but to do justice, and to love kindness, and to walk humbly with your God?” Micah 6:8

“But woe to you Pharisees! For you tithe mint and rue and every herb, and neglect justice and the love of God. These you ought to have done, without neglecting the others.” Luke 11:42

The New Testament and Patristic commands to treat people with justice and mercy are too numerable to list. So far as I can see, we are not directed how we should do it, whether through personal involvement or charitable giving or better social structures or government programs – Church history has included all of the above – just so we do it: Love our neighbors as ourselves. Love Christ in “the least of His brethren”.

We pray “Thy Kingdom come” so casually. Are we really prepared for that Day? Will that Day be for us a Day of rejoicing or a Day of dread? Dear ones, prepare now so that you can greet that Day filled with love and mercy and therefore with hope in your hearts, so that you can pray eagerly and sincerely: “Thy Kingdom come. Thy will be done, on earth as it is in Heaven.” 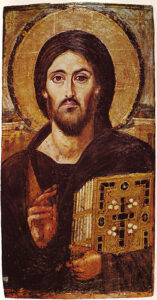 Next Week:  Give us this day our daily bread, and forgive us our trespasses as we forgive those who trespass against us, and lead us not into temptation but deliver us from evil. Do you think we can get all that done in one Post? I’ll try, because…

Week after next is December 2, and we must talk about our wonderful Saint Nicholas, whose Feast Day is December 6.