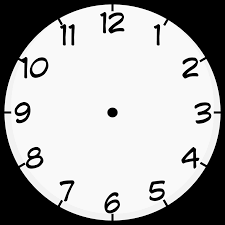 I originally intended this to be a short introduction to a new series on the Divine Liturgy, but somehow it got out of control, so we’ll make this an article by it’s own, and we’ll talk about the Divine Liturgy later.

Today, yes. But long ago, no. Obviously how Our Lord celebrated his Last Supper with his disciples on Holy Thursday night was very different from what we do now. In the early centuries, there was a fairly long period of liturgical development in the Orthodox Church. Let’s concentrate chiefly on the Divine Liturgy here.

What follows below is greatly oversimplified. Any liturgical scholars reading this (and I’d guess none are!) will probably throw up their arms in horror, so please correct any errors.

Our Divine Liturgy originally derived from two chief sources: The first part came from the Jewish Synagogue service. If you visited a synagogue even today you’d see the similarity: Psalms, prayers, Bible readings and a sermon. The scroll of the Law is carried out ceremonially, rather like our Gospel reading.

The latter part of our Divine Liturgy, the taking, blessing and consuming of Bread and Wine,

came directly from our Lord Jesus Christ at the Last Supper when he commanded, “Take, eat… Take, drink…. Do this for the remembrance of me”. This part of the Liturgy also has roots in the Jewish Passover Meal, Jewish temple sacrifices – but even in pagan religious meals, since the Jews found “Take, eat. This is my Body” deeply offensive. John 6:60-70

The early Fathers took these two sources and united them, establishing the basic form of the Divine Liturgy as we know it.

The Liturgy used in

Jerusalem was called the Divine Liturgy of Saint James – brother of the Lord, first Bishop of the city. right  Surely the core of it came from him. It is still the normal Divine Liturgy in the Syriac Orthodox churches. The Oriental Orthodox have their own forms of the Liturgy. All of these are much longer than ours.

Originally there were many Orthodox liturgical traditions, which in time gathered around a few chief cities. The basics

Saint John Chrysostom right who, when he was taken from Syria to become Patriarch of Constantinople, brought much of the Liturgy of Antioch along with him.

Since then, Orthodox worship has been almost “unchanging” – but not quite. Even after the time of Saints Basil and Chrysostom slow liturgical development continued. For example, the Trisagion Hymn was not added till the Fifth Century. In the Sixth Century the Emperor Justinian directed that the hymn “Only begotten Son and Word of God” be sung in the Liturgy.

However, the text of our Divine Liturgy has changed little since then. Our Lectionary (schedule of Scripture readings ) seems to be the same as the one on which Saint John Chrysostom based his Biblical sermons. Some other changes: The early practices of frequent reception of the Eucharist and congregational singing fell away over the years. The use of icons appears to have increased considerably after the end of the Iconoclastic controversy. The usual Sunday Liturgy in Byzantine practice was Saint Basil’s, till it was replaced by Saint John Chrysostom’s, except on certain days. The Priest’s Preparation before Divine Liturgy wasn’t added to the text till the Middle Ages – though it probably existed informally long before then. And that’s about it.

Today, try to change anything about the Liturgy, and it would result in a popular uprising! Many people even resist the attempt to recover the traditional practices of frequent Communions and congregational singing.

So: No new experimental Why did Orthodox worship take a fixed form? Think of it like this. When a family is new, it takes a while to establish its traditions. For example, when and where and how an American family will celebrate Thanksgiving Day. (We once hosted our grandmothers. Now that we are the grandparents, our daughter hosts us.) Or take Christmas: when our kids were little we opened gifts on Christmas morning. Once these customs are established, so long as a family is happy and settled, try to change things and the children will fight back! We once asked our teens whether we should open gifts on Christmas Eve. “NO! We’ve always opened them on Christmas morning!” and that was the end of that. Human families come and go, and so their customs change. But the Holy Orthodox Church is a Family which is happy and settled, generation after generation. And so today, Orthodox people resist change in the Divine Liturgy. I think there must be something unsettled in the core of the Western denominations today, which causes them to keep forever changing the way they worship. the umpteenth time? “Yes!” they all cried. Alright, if you insist:

If we were to suffer severe long-term persecution, like the Great Persecution of the Fourth Century, and we had to retreat from our churches and celebrate the Divine Liturgy in secret places where the sound of chanting and the smell of incense would give us away to the authorities, the Liturgy would probably be celebrated much more simply for a while. By God’s mercy may that time never come.

Today, I can go to Orthodox churches in Greece, and (except for the language), everything is done almost exactly as it is at Saint Nicholas, Cedarburg, Wisconsin. However it should be noted that various Orthodox jurisdictions have developed an unfortunate difference about which calendar to use, so we Orthodox sing the same things but not always at the same time!

2  Why do we have fixed forms?

It’s because the forms of our worship services are like keys on a computer or on a piano.  We could vary the location of piano keys. We could put low notes on the right and high notes on the left. Middle C could become High C. Or on the computer, put the Q on the right for a while, then change it to the middle of the keyboard.

But the whole purpose of the keyboard is not to have novel experiences with it, but rather to use it to express ourselves through it. How could I write this Blog if I had to struggle to use a new keyboard each time!?

I think the big problem with computers today is that somebody out there in the stratosphere is forever upgrading the system, so we just begin to get the old one mastered, and whoops! they’ve changed it again, and we’re back to stumbling over the technique, and we spend too much of our time not using the computer but trying to figure out how to use it. No! No! If it’s working, leave it alone! .

Just so, Orthodox forms of worship hold still so we can use them to worship God, instead of stumbling over them. The forms are intended to become second nature to us, so that we can express ourselves through them without having to think about them – so that they become invisible, so to speak, and instead of seeing them we see God through them. Most Orthodox people don’t need to follow the books during worship. They just worship.

Orthodox worship does have some variety from day by day and season by season: many variable hymns sung usually by the choir or cantors, but the congregation’s parts change almost not at all, and haven’t for these many centuries. “Now please open the Red Hymnal and turn to page 67…”  “Today’s intercession is on page 249…” What a distraction to actual worship. Not here!

And all the parts of Orthodox worship are indeed everywhere fixed: The pastor does not pick out the Bible readings he likes. He follows the appointed Lectionary. The deacon doesn’t decide what we should pray for. The choir director doesn’t select her favorite hymns. These are all provided by the Church, so we will hear the whole Gospel of Jesus Christ, the wisdom of the Church, the teachings of the Fathers – not the favorite Scripture readings of the Priest, or the wisdom of the Deacon, or the teachings of Choir Director.

Before I was Orthodox I was attending Vespers in an Orthodox church here in Milwaukee. The choir was desperately short of people, so I was invited up to help. What did I know about Orthodox Vespers? but I could sing. At one point we all got confused about what came next, so a visiting priest from Ghana came over and showed us what was the next hymn. Orthodoxy is like that – with very minor exceptions, the same everywhere, and it has been for centuries. The only change comes if a new saint emerge, for whom new hymns would be composed and sung on his or her feast day.

I once heard Father John Meyendorff answer that question. He said with a smile on his face, “Because Orthodox like it that way.” Of course our services could be done more quickly and more efficiently. I hear that in Spain the Tourist Mass is down to 11 minutes now! If that’s what you’re interested in… don’t be Orthodox.

Because Orthodox love to worship, Orthodox love to be with God. When you’re doing something you love, when you’re with someone you love, you don’t hurry. You don’t think of it as an obligation or a duty to get over with quickly. You linger over it. You try to prolong the experience. And we Orthodox definitely know how to prolong our experience of worship! When I was Episcopalian, if a service lasted over an hour, I began to get restless. When I came to Orthodoxy at first I felt the same: “Please, can’t we move this along?” But I soon learned that if we are truly seeking God, worship becomes timeless. Or rather our earthly time is lifted up into eternity. I was once at a bishop’s consecration which lasted all morning. The time seemed to pass quickly. Although I must admit that the fourteen hour All Night Vigil on Mount Athos was a bit more than I could handle! Even the monks had to take breaks from time to time.

Next Week: More Questions – Why (uh oh…) only men and boys in the Altar?  Why do we sing so much? Why no pipe organs in Orthodox churches?

Week after next: I don’t know yet.

One thought on “146. Questions you’ve always intended to ask about Orthodox worship but never got around to it – Part One”